By signing the Code Signing on SimplySign Certificate you do not need a physical card or a reader! Your code and applications thanks to EV Code Signing on SimplySign acquire an immediate reputation recognized by Microsoft. You can be sure that your software will not display the Microsoft SmartFilter message. Customers are given the opportunity to verify the creator of the software and receive a security guarantee of their code. The data signed with the certificate secure the creator's intellectual property. EV Code Signing Certificate on SimplySign protects many file formats, including with extension .exe, .docm, .xlsm, .pptm, .xpi, .jar, war, .ear, .dll, .ocx, .cab, .msi, .sys files, .cat, .msp, .xpi, ocx, ect. The EV Code Signing Certificate is supported by the following platforms: Microsoft Office, Microsoft Visual Basic, Firefox, iOS, Adobe, Java, etc.

The Standard Code Signing Certificate on SimplySign allows programmer sign files and code digitally, which gives them real advantages such as:

Guaranteed avoidance of "unknown software publisher" and "Dangerous software" warnings.
Assurance for customers that software used by them comes from a source they can trust, meaning that it is safe for them.
The software does not have viruses that may get into computer equipment, and unwanted add-ons, such as spyware.
Why should you sign your software with a Code Signing Certificate on SimplySign from the CERTUM Certification Authority?

Purchasing a certificate does not mean issuing the certificate, check before purchase: unsupported certification applications
Variants: issue and renewal
Validity 1, 2, 3 years
Product is available in the form of an electronic code.
Product requires the installation of the free SimplySign Desktop software and the SimplySign mobile application.
This service does not apply to M2M applications, and mass signing of e-documents.

WHAT DO YOU NEED TO USE SIMPLYSIGN?

The use of SimplySign only on mobile devices:

SimplySign is a mobile application thanks to which you will sign all the documents functioning in the electronic version. As part of this application, there is also an OTP code generator, which is needed to authenticate the user to the service of remote service signature (he can also install it on another mobile device).

The use of SimplySign on mobile devices and on traditional PC / Laptop computers:

SimplySign- download this application to your mobile device to use the OTP code generator, which identifies the user in the process of signing on a traditional computer: PC / Mac OS. As part of this application, there is also a module that allows you to sign documents on a mobile device.

SimplySign Desktop - download this application so that you can use key services available on the market such as: Payer, eDeklaracjie, ePUE, etc. The SimplySign Desktop application emulates the connection of a physical cryptographic card and card reader to your computer. Thanks to this solution you will be able to use SimplySign in applications requiring a physical card. As part of this application, there is also a proCertum SmartSign module that allows you to sign documents on a traditional computer: PC / Mac OS. 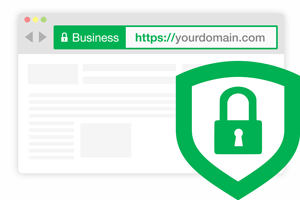 Supercharge Your Business with Green Bar

Thank you! for Joining the SSL Retail Family.